Sir Andrew joined us as a Non-executive Director on 1 August 2018 and is the current Chair.

Sir Andrew has over 40 years’ experience in NHS management and has held a range of senior NHS appointments. He was appointed General Manager of Frimley Park Hospital NHS Foundation Trust in 1989 and was the Chief Executive from 1991 to February 2018.

Sir Andrew managed the establishment of the Ministry of Defence Hospital Unit in 1996 and successfully led Frimley Park’s application to become a Foundation Trust in 2005.

In 2014 he led the acquisition of Heatherwood and Wexham Park Hospitals NHS Foundation Trust to create Frimley Health NHS Foundation Trust. He is a member of the Institute of Health Service Management and an honorary fellow of the Royal College of Physicians.

He was knighted in January 2015 for services to public health.

Dame Julia joined us as a Non-Executive Director in November 2021.

Dame Julia is an academic scientist who has spent her career primarily in the University sector. She was a Professor and deputy Master of Birkbeck, University of London. She was appointed the chief executive of the Biotechnology and Biological Sciences Research Council in 2002 and then was Vice-Chancellor of the University of Kent from 2007 to 2017.

Dame Julia has been a member of the prime minister’s council for Science and Technology as well as President of Universities UK and chair of the British Science Association.

She is currently President of the Royal Society of Biology, President elect of the Biochemical Society and a fellow of the Academy of Medical Sciences. She has just finished a term as Chair of Public Health England.

She was appointed DBE in 2010 for services to science. 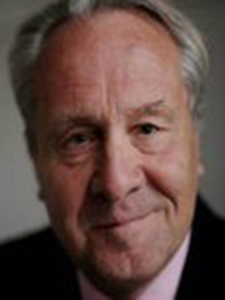 Lord Carter has pursued a successful career in business and in public service.

He was educated at Brentwood School and after receiving a degree in Economics from Durham University Patrick joined an investment bank. What followed is a career creating, developing and selling businesses. He founded Westminster Health Care in 1985 which he built into a leading provider of care to both the private and public sectors in the UK. Patrick has served on the Boards of US and UK healthcare, insurance and technology companies and is currently Chair of Primary Insurance Group.

He was Chair of Sport England from 2002 to 2006, Board member of the London 2012 Olympic bid, a Member of HM Treasury’s Productivity Panel and a non-executive member of the Home Office and Prisons Boards. He is also Chair of the Department of Health Procurement and Efficiency Board.

Professor Sir Munir Pirmohamed is currently David Weatherall Chair in Medicine at the University of Liverpool, and a Consultant Physician at the Royal Liverpool University Hospital.  He is Director of the MRC Centre for Drug Safety Sciences, and Director of the Wolfson Centre for Personalised Medicine. He is also an inaugural NIHR Senior Investigator, and Fellow of the Academy of Medical Sciences in the UK. He is also Commissioner on Human Medicines for the MHRA. He has authored over 500 peer-reviewed publications, with research focusing on genomic and non-genomic technologies that can be developed and used to progress the field of personalized medicine in an evidence-based, cost-effective and equitable manner.

Rakesh Kapoor served as the Group Chief Executive of RB plc (Reckitt Benckiser) from 2011 to 2019. RB plc is a UK based Top 10 FTSE company with sales in over 200 countries and with more than 40,000 employees.

During his 8 years as CEO, Rakesh strategically repositioned the company away from a household cleaning company to a Global leader in Health and Hygiene. He was responsible for creating a mission driven company providing innovative solutions for people to be healthy and live better. The product portfolio transformed from just 20% of the business in Consumer Healthcare to over 60% now. The total shareholder returns during his tenure were 12% pa, more than double that of FTSE 100.

He is exceptionally proud of the RB ‘Save a child a minute’ program, which provided ground-breaking work in cutting by half the number of children under five dying globally from Diarrhoea.

Rakesh brings deep knowledge of consumer health and digital innovation in addition to his extensive commercial experience in a large global business.

During his 21 years at RB he served a variety of senior leadership management roles both in the UK and internationally.

Rakesh was educated in India and holds an MBA in Business Administration and a Bachelors in Engineering (Hons). 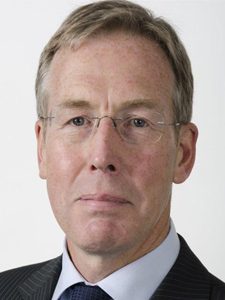 Sir David was the first Chief Inspector of the Commission for Social Care Inspection in 2003. Three years later, he was appointed to the Department of Health as the Director General for Social Care, Local Government and Care Partnerships. During this time he worked on personalised care, carers learning and disability policy, mental health policy, and the reform of social care funding and legislation. He was also a member of the NHS Management Board.

In 2012,  Sir David was appointed to the role of Chief Executive of the Care Quality Commission, where he led a team to conduct a fundamental review of the quality and safety regulation of health and care in England. In 2017, he was awarded a knighthood for services to health and care in the New Year’s Honours list.

Sir David was appointed as Chair of Health Education England in December 2018.

Jeremy Townsend has been appointed, from 1 October 2020, as one of our non-executive directors and Chair of our Audit and Risk Assurance Committee for three years.

Jeremy has recently retired from his position of Chief Financial Officer of Rentokil Initial PLC after ten years with the Group. He was previously Group Finance Director of Mitchells and Butlers PLC and prior to that held various senior finance positions at J Sainsbury PLC. Jeremy started his career at Ernst and Young LLP and is a fellow of the Institute of Chartered Accountants of England and Wales (ICAEW). He is also a Non-Executive Director and Chair of the Audit and Risk Committee of PZ Cussons PLC and is Trustee of parkrun Global.

Julian took up post as the first joint Chief Financial Officer for NHS England and NHS Improvement in April 2019.

He held his previous role as Director General Nuclear, leading the Defence Nuclear Organisation at the Ministry of Defence, from May 2017.

Prior to his role at MoD, Julian was Director General of Public Spending and Finance at HM Treasury. In this role Julian led the work on the 2013 spending round.

Julian has held a number of other roles in the public sector, including as finance director at HM Treasury and the UK Border Agency, and in the private sector at HSBC.

He is a qualified chartered accountant and member of the Chartered Institute of Management Accountants (CIMA).