Next year marks the 70th anniversary of the National Health Service. Over that period medicine has been revolutionised and lives transformed. The Health Service’s founding principles – of care for all, on the basis of need not ability to pay – have stood the test of time. During one of the most vigorous debates our country has seen – over Brexit – the NHS was centre stage.

The case for the NHS is straightforward. It does a good job for individual patients, offering high quality care for an ever-expanding range of conditions. It reduces insecurity for families, especially at times of economic uncertainty and dislocation, because access to care is not tied to your job or your income. And as one of the world’s most cost-effective health systems, it directly contributes to the success of the British economy.

That’s because at a time when the UK is tooling-up for a new trading relationship with the rest of the world, a publicly-funded NHS means British businesses are not on the hook for an inflexible continental-style health ‘tax on jobs’. In promoting the health of our children, vulnerable populations, working age adults and retirees, the NHS also helps reduce downstream sickness and unemployment benefits costs. And as the principal domestic customer of the nation’s life sciences sector, the NHS helps fuel one of the industrial engines of our future economic growth.

But these are complex and challenging times for our country’s most trusted and respected social institution. Pressures on the NHS are greater than they have ever been. The NHS in 2017 confronts five paradoxes: 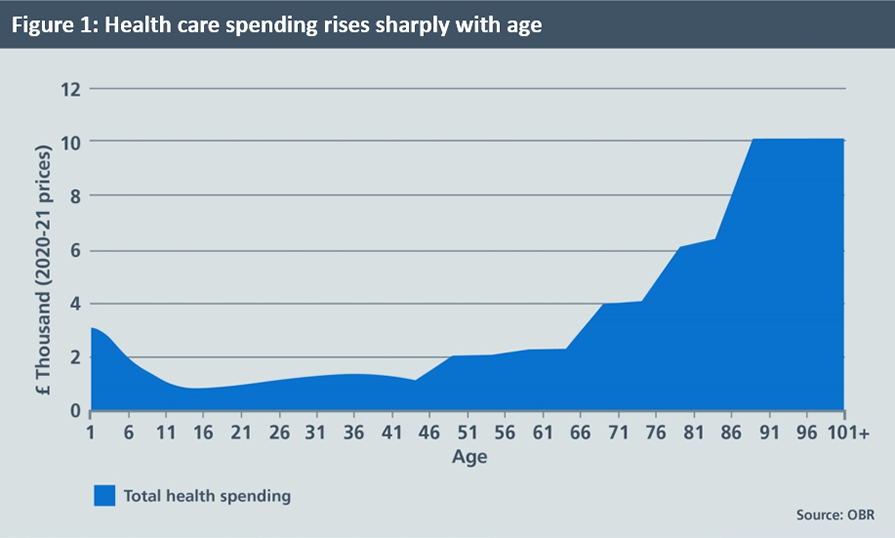 The NHS Five Year Forward View (11) crystallised a consensus about why and how the NHS should change. It described three improvement opportunities: a health gap, a quality gap, and a financial sustainability gap. It proposed a series of measures to bring about the ‘triple integration’ of primary and specialist hospital care, of physical and mental health services, and of health and social care. And it argued that while much of this lay within the power of the NHS itself to bring about, it was also dependent on well-functioning social care, extra capital investment, transformation funding to support double running costs, and activism on prevention and public health.

Since publication substantial progress has been made, although this year – 2016/17 – only represents Year One of the NHS’ five year Spending Review (SR) funding settlement, and demands on the NHS are higher than envisaged when the FYFV was published. Now is therefore an appropriate moment to take stock of what has worked, and what hasn’t. And then to make any necessary course corrections accordingly.

Progress since the Forward View – a balanced (but not comprehensive) assessment

A fair conclusion from the NHS’ recent history is therefore that we have a viable and agreed strategic direction, and progress has been made. But we have a Health Service under real pressure from rising demand within a tight funding envelope (16 17).

Given the importance of ending years of relative neglect of primary care and mental health, these pressures are confronting us with some difficult choices – about the relative priority of improving A&E services and cancer outcomes versus guaranteeing short waits for routine operations.

But the truth is that many of the wider changes to how NHS services are organised would be needed come what may, even if money were no object. The current pressures simply underline the need to get on with them.

Next steps – delivering for the next two years

The NHS Five Year Forward View set out why improvements were needed on our triple aim of better health, better care, and better value. This Plan concentrates on what will be achieved over the next two years, and how the Forward View’s goals will be implemented.

Largely that will rely on effective local action by NHS bodies and their partners across the country. But the NHS’ national leadership bodies will also have to step up and play their part, supporting local change with national action.

To that end, NHS Improvement has successfully brought coherence to the provider accountability structure that was previously split between Monitor for foundation trusts and the Trust Development Authority for NHS trusts.

Similarly, NHS England’s work has evolved in three distinct phases since its creation. The first phase in the immediate aftermath of the passage of the Health and Social Care Act in 2013 and 2014 was successfully to de-risk the financial and operational transition to a new system, in which Parliament passed control of two-thirds of the NHS budget to over 200 new local groups.

The second phase, mostly in 2015 and 2016, was to use NHS England’s independence and system leadership role to chart a consensus-based strategic direction for the NHS. Following the Five Year Forward View, specific national improvement blueprints were developed with key partners for urgent and emergency care, cancer, mental health, primary care, and maternity services. Real gains have since been made in each of them, as is set out in this Plan.

2017 marks the third phase of NHS England’s life where the focus shifts decisively to supporting delivery and implementation of those key priorities, as detailed in this Plan. Together with associated documentation it also formally constitutes NHS England’s 2017/18 Business Plan (18).

But it also affirms the shared vision of the Five Year Forward View and approach to implementing it of the national leadership bodies of the NHS, including NHS England, NHS Improvement, the Care Quality Commission, Public Health England, Health Education England, NHS Digital and NICE, working closely with a number of patient, professional and representative bodies.

In setting national priorities and strategic direction, we draw on numerous sources, including but not limited to:

We also recognise there are benefits from constancy of purpose, not chopping and changing. The challenges we are tackling require sustained action over several years.

This Plan necessarily takes as its starting point the current legislative framework, and the funding the NHS has been allocated. Decisions on both are for government and parliament.

It is not, of course, a comprehensive description of all the good things the NHS will be doing – including on maternity and children’s services, diabetes, dementia care, care for people with learning disabilities, tackling inequalities, end of life care, and improving quality in challenged providers. Nor are these all the actions we will be taking to give effect to the Government’s 2017/18 Mandate to the NHS.

However within the constraints of the requirement to deliver financial balance across the NHS, the main 2017/18 national service improvement priorities for the NHS are:

Within a given funding envelope there are always limits to what can and cannot be done. While the NHS and the Government remain committed to short waits for routine operations, our new Mandate rightly recognises that there is likely to be continued pressure on waiting times for routine care and some providers’ waiting times will grow. Likewise, there is no reason in principle why extra spending on a drug treatment should automatically have a legal override so as to displace community nursing, mental health care or hip replacements – hence the new budget flexibility in the way NICE technology appraisals operate. And in times of modest funding growth, it’s right to challenge and tackle areas of waste or low value care, so as to free up investment head-room for the main priorities. (Chapter Seven sets out the details).

In order to deliver these and our wider goals, in 2017/18 we will work to accelerate service redesign locally. (Chapter Six sets out next steps on integrating care locally through Sustainability and Transformation Partnerships and Accountable Care Systems). We also intend to focus on the enablers of the above, namely our workforce, safer care, technology and innovation (Chapters Eight, Nine and Ten refer).

These actions comprise the rest of this plan.

7. King’s Fund (March 2017). Public satisfaction with the NHS and social care in 2016 – results from the British Social Attitudes survey.

8. King’s Fund (March 2017). Public satisfaction with the NHS and social care in 2016 – results from the British Social Attitudes survey.

18. Prepared in accordance with Section 13T of the NHS Act 2006, as amended by the Health and Social Care Act 2012. Further material is at www.england.nhs.uk. NHS England operates under a democratic mandate from the Government. This mandate also formally endorses the plan which the NHS set for itself in the Five Year Forward View. ‘Next Steps on the NHS Five Year Forward View’ reflects how NHS England intends to meet the seven overarching objectives in the mandate.