Over the past year, NHS England’s Sustainable Improvement Team has been reviewing the series of quality improvement programmes known as The Productive Series. Broadly based on lean-thinking and tools, ‘the Productives’ sought to help NHS staff to improve productivity and reduce waste, with the aim of providing better quality, safer care, and a better experience for patients and staff. By reducing time spent on wasteful tasks such as duplicate paperwork or fetching supplies, the intention was that nurses and other staff could spend more time with their patients.

The first in the series, Productive Ward, was launched in 2007 and consisted of a number of modules, a toolkit and guidance, which sought to enable frontline staff in acute hospitals to take ownership of their ward and improve the ways in which it worked. 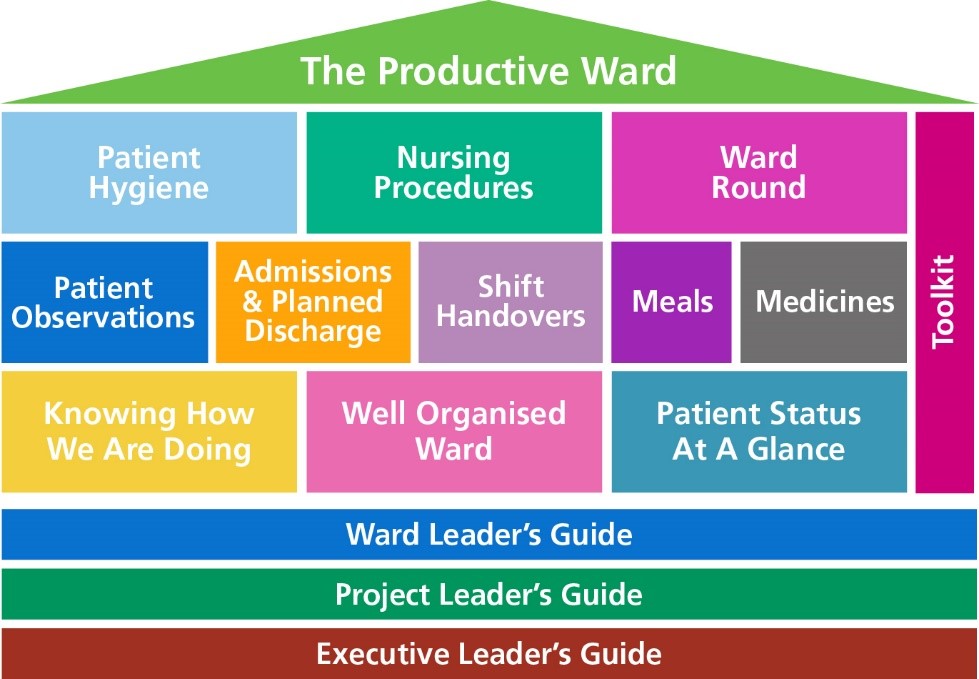 At King’s College London, we have recently completed an independent study to find out whether Productive Ward and the way it was implemented has led to lasting improvements in English hospitals over the last

Due to be published later this year, the first part of the study consisted of an online survey to Directors of Nursing and Productive Ward programme leads in hospitals in England and interviewing additional former Productive Ward leads by phone. We then worked closely with six acute hospitals where we interviewed staff, looked at routinely collected data, and observed any evidence of legacies of Productive Ward.

Whilst we were unable to find any robust quantitative evidence of lasting improvements, we did find legacies of the Productive Ward still in place up to a decade after the programme had first been implemented, most commonly including the display of ward-level patient safety metrics and efficient storage systems, as well as aspects of some ward routines (such as mealtimes).

Labelled, colour-coded, like-with-like storage attributed to the Well-Organised Ward module
With a few exceptions, people who could recall Productive Ward generally spoke positively about it. We found that quality improvement strategies in many hospitals had been influenced to varying degrees by past experiences and lessons from implementing Productive Ward. Over half the former programme leads in our survey said they would like to see Productive Ward re-invigorated at their Trust – with many suggesting it could be usefully refreshed. One matron we spoke to said:

“I think the national picture where we are about productivity and getting the right people to do the right things … I think there’d be a lot of value in rethinking the advertising of it and I think the NHS would benefit from it right now.”

But evidence suggests that adaptations would need to be made to Productive Ward to suit the contemporary context. As a Director of Nursing commented:

“This was a good initiative at the time, however things have moved on in terms of embedding assurance processes, change management, model hospital, regulation processes etc (for example CQC) so this doesn’t have the same impact as it did at its initial launch.”

If NHS England decide to refresh Productive Ward, our study suggests they take the following seven lessons into consideration to create a more wide-ranging legacy for the programme second-time around:

This blog draws on the findings from an independent research study funded by the National Institute for Health Research Health Services and Delivery Research programme (HS&DR – Project: 13/157/44) and based at the Florence Nightingale Faculty of Nursing, Midwifery and Palliative Care, King’s College London. The views expressed here are those of the authors and do not necessarily reflect those of NHS England the NIHR, or the Department of Health.