In the first of a regular series of blogs related to value and reducing variation, Professor Matthew Cripps, National RightCare Director for NHS RightCare, explains the difference between values, value and efficiency in health care.

Rarely does the letter ‘s’ make such a difference to meaning as in the difference in ‘value’ and ‘values.’

Values mean model principles such as the claim on a hospital website such as “our Trust values are transparency, openness and diversity.” Without an ‘s’ the term value has a meaning that is more economic.

The decisions we make about the allocation and use of resources, and the decisions that affect individuals have ethical considerations as well as an economic dimension. The principles that underpin all decision making are expressed in the NHS Constitution and the key principles in past decades have focused on the need to use resources only on effective interventions and the need to meet need equitably.

More recently another principle has been added, the need to make decisions that do not waste resources and which will ensure the long-term sustainability of the NHS.

The NHS RightCare programme often talks about ‘triple value’, two of the three being related to the population and one to the individual:

The term ‘value’ has become popular in scientific literature in recent years with a number of articles from the United States, but there is an important difference in usage. Firstly the concept of allocative value is not widely used in the USA because few organisations have full responsibility for allocating funds to cover the needs of the whole population. The American use of the term is closer to our term efficiency.

What is the relationship between value based care and efficient care?

For most people value for money, or VFM, has the same meaning as efficiency.

NHS RightCare has emphasised the need to think about both allocative value and technical value.  Firstly we need to allocate the resources optimally. Then we need to derive as much value as possible from the allocated resource.  The key term is value.

Efficiency is of vital importance but it is possible for a service to be efficient but to be of low value. The fifty-fold variation in knee arthroscopy highlighted in the RightCare Commissioning for Value Data reveals an efficient service as most care is delivered as day care, but what was the outcome?  The answer is in the Editorial in the BMJ on this topic namely that arthroscopies are “over-used, ineffective and potentially harmful.” This service was of relatively low value even though some individual patients would have benefited.

In the NHS, or any other health service responsible for a whole population it is therefore insufficient to just measure the outcomes for the patients treated and relate them to the costs. We need to consider the needs of the whole population and consider not only efficiency but also be confident that there is neither underuse nor overuse.

In healthcare value is the key issue rather than efficiency or productivity. 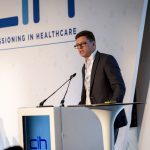 Professor Matthew Cripps BA MA CPFA is National RightCare Director. NHS RightCare is a programme of NHS England that focusses on population healthcare improvement and helping the wider health service to identify and use techniques, tools and methodologies to increase value in healthcare.

Matthew is a chartered accountant and was an NHS Director of Finance before he moved into change management. In addition to his NHS career, Matthew is Emeritus Professor of population healthcare improvement at the University of Salford, and was previously Professor of Business Processing and Knowledge Transfer at the Manchester Metropolitan University Business School.