This year frontline workers and community champions dominated the Queen’s Birthday Honours List 2020, which was deferred from June this year to recognise the achievements and dedication of those involved in the response to the COVID-19 pandemic.

Inspirational NHS staff in the East of England were recognised for their service with our region’s nursing staff particularly highlighted, with five chief nurses included on the list; a testament to their leadership and patient focus. 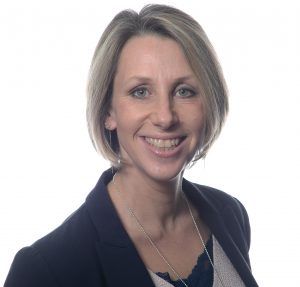 Catherine Morgan, chief nurse for NHS England and NHS Improvement in the East of England, said: “I want to offer my congratulations to every one of our NHS colleagues across the East of England who were recognised in these birthday honours. Their hard work is truly appreciated and they really are examples of the best of our profession and vocations.

“Of course, I have a personal attachment to our nursing colleagues and their contribution to our patients and community, and to have such a wealth of nursing experience and excellence in the East of England has made me incredibly proud.

“However, as many of our colleagues allude to, they see their awards not only as a validation of their own work, but also that of their colleagues in healthcare and beyond. We should all remember the difference we make each day in our communities, and celebrate with our colleagues as it is a proud day for our region.”

Officers of the Order of the British Empire

Dr Lynne Wigens, formerly chief nurse for the East of England Region at NHS England and NHS Improvement and recently becoming a member of the Nursing and Midwifery Council, became an Officer of the Order of the British Empire (OBE) for services to nursing.

Her career spans over 40 years in the health service within clinical care, management and education, and she has also held the positions of Director of Nursing and Quality at The Ipswich Hospital NHS Trust and Director of Patient Safety and Clinical Quality at NHS Suffolk.

Lynne said: “The Queen’s Honours has been an opportunity to celebrate the work of nurses and midwives in 2020, the International Year of the Nurse and Midwife. It has been a challenging year for all with the Coronavirus pandemic, so I want to say thanks so much to all in health and social care. I have been moved by the kind words, best wishes and congratulations I have received and remain proud to be a nurse.”

The Queen’s Ambulance Service Medal for distinguished service recognises individuals working in the ambulance service for distinguished or meritorious service. This means service, which is characterised by exceptional devotion to duty, including service marked by outstanding ability, merit and exemplary conduct. 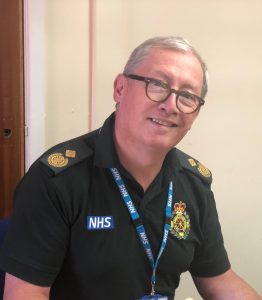 Only four Queen’s Ambulance Service Medals were awarded in this year’s birthday honours, with one going to the East of England’s Paul Henry, Deputy Director of Operations Support with the East of England Ambulance Service NHS Trust. The announcement was made on Saturday (10 October) – exactly 37 years after Paul, who lives in Norwich, joined the NHS on 10 October 1983. He started his career with Norfolk Ambulance Service and went on to become one of the county’s first paramedics in 1987 before taking responsibility for the training and development of all of ambulance staff in Norfolk four years later.

Since then, Paul has gone onto hold a variety of senior operational and management roles with EEAST, as well as taking responsibility for a range of major projects. These include developing business continuity plans to help mitigate the threat of the millennium bug and driving extensive infrastructure improvements, such as introducing the new fleet of ambulances over the past year.

“I was absolutely delighted to hear the news – it was such a lovely surprise,” said Paul. “There are so many people in the ambulance service who are deserving of an award, so to be honoured in this way is absolutely fantastic.”

Members of the Order of the British Empire 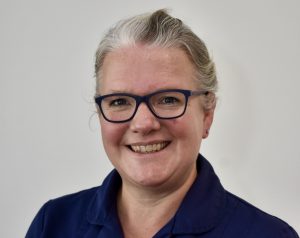 Josie was appointed Director of Nursing at Royal Papworth Hospital in March 2014. In 2019, she oversaw the move of clinical services from the former hospital site in Papworth Everard to the new hospital on the Cambridge Biomedical Campus.

This year, Josie led the hospital’s nursing team during the COVID-19 pandemic, developing a “surge” plan that saw their critical care unit expand to twice its usual size.

Josie said: “I am absolutely overwhelmed to receive this honour. Moving our hospital and responding to the COVID-19 pandemic has been such a huge team effort and I feel so proud that the work that I and the whole team have done in the last few years has been recognised in this way.”

Josie is currently on secondment to NHS England four days per week but remains the hospital’s Director of Infection Prevention and Control.

Diane Sarkar, the Chief Nursing Officer for Mid and South Essex NHS Foundation Trust, has also been awarded an MBE, for her 36 years of dedication to nursing.

With 19 years’ service to the region’s hospitals, in 2010 Diane was appointed as the director of nursing for Basildon Hospital and then appointed Chief Nurse for Mid and South Essex NHS Foundation Trust in 2017. Her focus has been on leading the nursing and midwifery workforce and developing quality, patient safety and patient experience agendas. Diane has a keen focus on nursing and midwifery education and development, and was also appointed a Visiting Professor with Anglia Ruskin University in 2019.

Regarding her MBE, Diane said: “We all know how challenging a year 2020 has been, not just for nursing, but for everyone, so to receive an MBE this year for my dedication to nursing and supporting others means an awful lot to me, both on a professional and personal level.

“I am extremely proud of all the nurses and midwives in Mid and South Essex – not only in my Trust, but across the system – for their hard work, care and dedication.

“Back when I started my training in 1986 I’d never even dreamt that something like this would be a possibility, so I hope it acts as an inspiration not just to nurses starting out today, but also to those that are still developing their careers.

“Nursing isn’t just a job, it is a vocation, and it continues to be a large and hugely rewarding part of my life. I am very proud to be a nurse.” 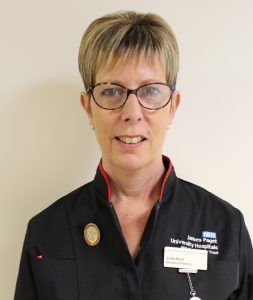 Julia Hunt, former director of nursing at the James Paget hospital, has been awarded an MBE for her services to the profession.

Although Julia had retired in March, a little over 24 hours later she returned to work in a new role, as director of infection prevention and control, to help support staff and patients during the Covid-19 pandemic. “It was one of the biggest challenges of my career,” she said.

Julia began her registered nurse training in 1992. Having worked at the James Paget hospital in Gorleston for her whole nursing career across a range of roles.

She earned a reputation for maintaining professional standards and a passion for doing the right thing for patients and improving quality of care.

As the Nurse Director she supported the organisation to achieve a ‘Good’ CQC rating in three of the hospital’s four consecutive inspections and was instrumental in pioneering new approaches to support patients, such as transforming environments to meet the needs of patients with dementia.

Julia has also been a champion of nursing and midwifery education, and has pushed staff recognition, health and wellbeing agendas. Retirement still seems a long way off for Julia, however, as in September she got a new job working part-time at a care home. “I am a nurse through and through, and now I am back at frontline nursing. I’m not ready to give it up,” she said. Regards her MBE, she said: “It is incredibly humbling, because you go into your career of nursing over 30 years being very patient-focussed, it’s a public-facing service, and you never dream you’ll get recognised.” 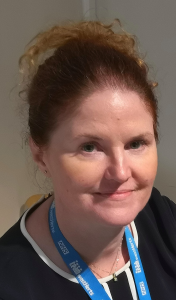 A nurse for over 30 years, chief nurse Tracey Carter joined WHHT in 2014, and is highly regarded from ward to board by her peers and the wider nursing community for her leadership, empathy and passion for the job. Her leadership has helped the trust to better recruit, retain and transform its nursing workforce helping to dramatically reduce the vacancy rate for junior nurses from over 23% to around 7%.

Tracey is very active in helping to identify and support the development of new roles to widen and transform the trust’s nursing workforce, putting into place a support programme for nurses and healthcare assistants, introducing leadership and management training for nurses aspiring to progress, which has developed a leadership pipeline and improved retention, and an active preceptorship programme to support new nurses and midwives.

A champion of diversity, she is also committed to improving opportunities for everybody and helped to instigate Black History Month celebrations within the trust. 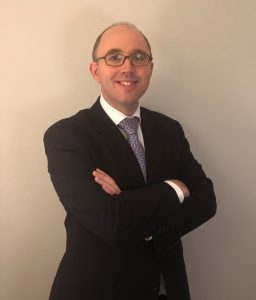 WHHT respiratory consultant Dr Matthew Knight took a leading role during the COVID-19 pandemic, and conceived, designed, and delivered a ‘virtual hospital’ to look after patients infected with COVID-19.

Dr Knight led a frontline team of doctors, nurses, physiotherapists and admin staff, some of whom were shielding, to safely prevent and reduce hospital admissions through virtual monitoring of patients’ symptoms. Patients were given a pulse oximeter to monitor their oxygen levels and heart rate at home and were reviewed virtually or on the phone.

Since March 2020 over 10,000 virtual consultations have taken place via the ‘virtual hospital’ which has delivered care to over 1,250 patients, preventing unnecessary hospital admissions while ensuring patients felt safe and secure. The virtual hospital is a ‘first of its kind’ model which can be expanded to cover other illnesses and conditions.