MPs and NHS leaders in the east of England have joined forces to honour health and care staff who have helped to improve treatment for patients in the regional round of the NHS Parliamentary Awards, announced today. 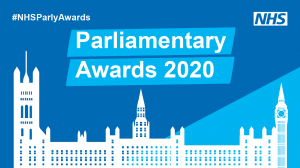 Those recognised in nine categories, which range from Excellence in Primary Care to the Lifetime Achievement Award, include Luton’s community rapid response nursing team who take direct referrals from NHS 111 for infants and young children, and the West Hertfordshire Hospitals NHS Trust’s virtual hospital set up to support the COVID-19 response.

The coronavirus pandemic, the greatest public health challenge in the NHS history has prompted a record number of nominations from MPs across the country who have sought to shine a light on the dedication of nurses, midwives, GPs, physios, pharmacists, healthcare assistants, porters, cleaners, and countless other staff who have contributed to the unprecedented response.

The judges, drawn from across the NHS have today selected the regional winners who have been selected from nearly 70 nominations.

Ann Radmore, Regional Director for NHS England and NHS Improvement in the East of England, said: “I was humbled by the high standard of all the entries from the east of England this year. All our nominated teams and individuals have gone above and beyond to improve patient care, so having to shortlist to represent our region nationally has been hard. I wish our champions the very best of luck in the national heats of these awards and look forward to hearing the results.”

The regional champions selected by an expert NHS panel are:

These regional champions will now go head to head with other winners from across the country to be judged by a national panel made up of senior leaders representing staff and patients, for the chance to win the prestigious national award which will be presented at a special ceremony in the House of Commons on the 7 July.

“A huge congratulations to all those who have been recognised for their outstanding contribution to the NHS as well as making a genuine difference to the patients they care for.

“NHS staff and volunteers make the health service what it is today – the largest and greatest care team in the world.

“This year more than ever, the nation owes a debt of gratitude to the 1.3 million-strong army of nurses, midwives, doctors, physios, pharmacists, healthcare and maternity care assistants porters, cleaners, and countless other staff who ensured no patient who could benefit from NHS care was unable to receive it.

“It will be a tough task selecting our overall winners – I look forward to hearing more about their fantastic achievements and celebrating with them all at the national award ceremony.”

The full list of regional winners can be found here.

“We are astounded by the quality of the NHS Rising Star regional shortlist, a new category for this year’s awards which recognises the achievements of NHS staff members and volunteers under 30 who give up their time to improve services in their area.

“From everyone at Fujifilm, we extend our warmest congratulations to all of the regional winners, who together showcase the incredible level of care, compassion and innovation our NHS delivers every single day, and never more profoundly than in this past year. More so than ever, we are incredibly proud to sponsor the NHS Parliamentary Awards for the second year running and to be involved in celebrating these inspiring individuals and teams.”

“In a year like no other for primary care, it’s inspiring to see these nominations ranging from individual GP practice teams to primary care alliances, CCGs and community pharmacy – all stories of innovation and commitment to the experiences patients have, and their access to health services.”

“We’re extremely proud to be sponsoring the Care and Compassion category at this year’s NHS Parliamentary awards and would like to say a massive congratulations to all the winners of the regional awards. The NHS has always worked incredibly hard to look after and protect the millions of us who need their help each and every year, and through COVID-19 they continue to make a monumental effort to keep us safe and save lives. We will forever be grateful for all the amazing and hard work they do every single day and we’re delighted to be able to recognise and thank them through these awards.”

“I want to congratulate all of those who have been shortlisted for the ‘Excellence in Mental Health Care’ category of the NHS Parliamentary Awards. This pandemic has had a huge impact on every aspect of our lives has taken a toll on both our mental and physical health. The work you do is crucial to the recovery of individuals, communities and the country as a whole and on behalf of Lloyds Banking Group, I would like to thank all of you for the contribution you make to people’s lives and well-being.”

“By prioritising the care needs of patients when they are discharged, my local CCG is saving money and freeing up hospital beds. This should be celebrated, promoted and copied everywhere!” Paul Bristow MP

“The Complex Cases Team has performed excellent work to aid those in unique situations, whose needs are often complex. They have done so in the most difficult of years, and deserve to be honoured.” Lucy Frazer QC MP

“Congratulations to the Complex Cases Team on making the shortlist! I was very impressed with the staff’s dedication to providing the very best care for patients with continuing healthcare needs.” Daniel Zeichner MP

“Thanks to their hard work, more than 1,500 COVID-19 patients have been managed outside of hospital, saving valuable NHS bed space and keeping patients comfortable and safe in their own home.” Dean Russell MP

“Cambridgeshire and Peterborough CCG’s Wellbeing Service has performed excellent work to aid those in unique situations, whose needs are often complex. They have done so in the most difficult of years, and deserve to be honoured.” Lucy Frazer QC MP

All of the champions will now be invited to the national awards ceremony. The overall winners will be announced in July at special ceremony in the House of Commons.