The NHS has launched its annual nationwide drive to recruit more nurses, with hundreds of vacancies across the east of England.

East of England’s Chief Nurse today called on anyone looking for a lifechanging career to consider becoming a nurse, as new figures show that more than six in ten people are considering a career change over the next year.

Nursing degrees offer strong employment prospects in every part of the country, with 94% of graduates finding jobs within six months and more than 46,828 nursing, midwifery, and health visiting vacancies in the NHS in England alone.

The ‘We Are The NHS’ campaign will shine a light on the wealth of NHS nursing roles available, featuring real life patients sharing their stories of how nurses from across the health service helped them on their journey to recovery.

New campaign adverts will run across on demand services, radio, social media and in cinemas, with two films featuring the powerful stories of patients during their time in hospital and recovery aided by NHS nurses.

NHS staff are preparing for a challenging winter period with the combined impact of flu, covid and record vacancies with plans announced last week to boost capacity further across the country.

Catherine Morgan OBE, Chief Nurse for the NHS in the East of England, said: “Nursing is a life-changing profession where no two days are ever the same, and I would encourage anyone with a passion for making a difference to people’s lives to consider a career as a nurse.

“As a nurse of more than 30 years, I can safely say nursing is an incredibly rewarding and diverse career with many different opportunities and specialities. If you’re interested in a nursing career, the NHS has the right role for you.”

Siobhan Taylor is senior charge nurse in the intensive care unit at Addenbrooke’s Hospital in Cambridge. Siobhan started her career aged 18 collecting and delivering laundry from different hospital sites before starting her nurse training in 2004.

“It reminds me always how hard our bedside teams work, how rewarding it can be and it keeps me connected to the current difficulties we face. Being at the bedside reminds me why I started nursing in the first place.”

As part of the campaign, the NHS have also launched a questionnaire to raise awareness of the number of different nursing roles available with potential candidates able to take part to find out which nursing role they would be best suited to.

Connor Weeden is a 22-year-old nurse working in the emergency department at the Norfolk and Norwich University Hospital. Having studied at the University of East Anglia and working as a healthcare assistant, Connor now relishes the challenges of working in one of the hospital’s busiest areas. 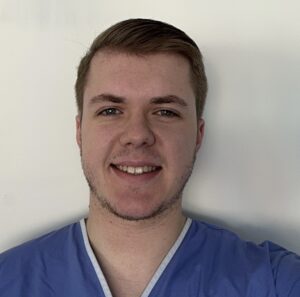 He said: “Helping to get people back on their feet is an enormous satisfaction and my colleagues and I know we’re making a difference to people’s lives every day”

“From people who sprained their ankle to those who are seriously ill – a day is never the same in ED and that’s what drives me.”

Annual payments of at least £5,000 are available to student nurses and midwives and those studying degrees related to allied health professions, such as speech and language therapy or occupational therapy.

For more information and to find out more about the range of nursing, allied health professionals, and healthcare support worker roles available within the NHS, search We Are The NHS.