People finishing the world leading NHS Diabetes Prevention Programme in Shropshire and Staffordshire have lost 782kg between them.

Some of those helping to contribute are retired nurse Ruth Ellis from Weston Rhyn in Shropshire who has lost almost 13kg in five months and Lea Anderson from Hanley in Staffordshire who has lost 25.5kg since starting the programme at the beginning of 2019.

Nationally, 89,604 people have now finished the programme, losing a combined weight of 185,051kg, equivalent to 43 ambulances. In Shropshire and Staffordshire, 355 people have completed the programme with many more part way through. 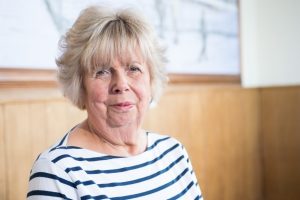 Ruth, who is 75 and a great grandmother confesses that she had developed habits that led to weight gain and less physical activity. “I lost two stones in five months and my blood sugars have decreased putting me at a lower risk of diabetes. I have changed my eating habits and no longer have a biscuit with my tea, don’t eat cake or sweets and keep my portions controlled. I don’t buy ready-meals and I diligently read labels.”

Lea who is a primary school teacher found out he was at high risk of Type 2 diabetes following a routine blood test. “When I thought about it, it made sense. I weighed 19 stones and had always been overweight. I am pleased to say I have lost four stones in six months and am pleased to say it was easier than I thought – especially as I didn’t have to restrict myself to lettuce every day!”

Ruth and Lea both attend Healthier You Diabetes Prevention Programme groups local to them, learning about Type 2 diabetes, the different effects of food and the lifestyle changes they can make. 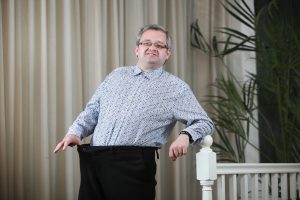 Said Ruth “I always exercised but I find I can do different things because I have lost weight. I move more which is handy as I need to keep up with small great grandchildren! I’d recommend the programme to anyone. I haven’t been on a diet, it’s a change of lifestyle.”

Lea’s group educator in Stoke on Trent said he didn’t need to cut out what he enjoyed, just be sensible about what he ate regularly. “I don’t feel bad about a one off treat but I’m mindful of reading labels. The programme gave me the push I needed so I could turn a negative diagnosis into a positive lifestyle change.”