People finishing the world leading NHS Diabetes Prevention Programme in Lincolnshire have lost the equivalent weight of one and a half ambulances.

One of those helping to contribute is 70 year-old Joseph Connolly from Grantham who has already lost more than 11kg of weight having been a member of the programme since 2018. 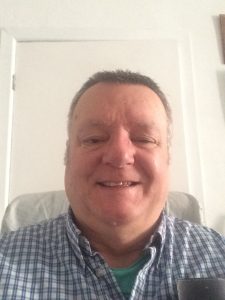 Joseph found discovering how bad his diet was to be one of the hardest parts of the programme.

“The hardest part for me was being given and shown clear examples; I started to understand what I had been putting my body through, how bad my diet was and how the lack of exercise was impacting on my health. The programme provided support groups which shared activities, ideas and issues. This really helped me direct my action to address myself.”

Joseph attends Diabetes Prevention Programme meetings in his home town of Grantham. He says, “Since I started the programme, I have lost 10-11 kg and reduced my average blood sugar levels back into the normal range. I’ve adopted a complete change of diet, and I now feel very good and much healthier.

“I’m so grateful to my doctor for referring me on to the programme, where the support from both other group members and our coach, has been fantastic.”