As Men’s Health Month comes to an end, the NHS in the North West is encouraging men to come forward for potentially lifesaving checks, in its latest campaign to catch prostate and other urological cancers early.

This suggests that awareness-raising campaigns, such as the latest Help Us Help You campaign, are working to encourage more men to come forward.

In the latest part of the campaign, prostate cancer survivor and TV personality, Dominic Littlewood joins TV doctor, Dr Hilary Jones in a powerful new film to raise awareness of symptoms that could be cancer and encourage those with these symptoms to contact their GP practice.

Prostate cancer is one of the most commonly diagnosed cancers and is very treatable if caught early – research suggests treatment at stages one and two has a near 100% survival rate compared to around 50% at stage four.

Prostate cancer usually doesn’t cause any symptoms while it’s at an early stage but the chances of developing prostate cancer are higher for black men, men over the age of 50 or for those who have a family history of prostate cancer.

However, symptoms, when they do appear can include;

Mike Crowe, from Liverpool, who survived prostate cancer, is urging other men to come forward if they fall into the risk category, or have any symptoms. 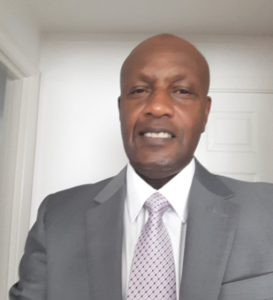 Mike said: “I had always been very health conscious, but for some reason I shied away from prostate cancer. My sister, who is a nurse at Manchester Royal Infirmary said I should get checked so I went to my GP and I asked, ‘is it worth having this prostate check?’ and he said ‘absolutely, get it done.’”

After a short examination, the GP told Mike that his prostate was very small, and sent him for further tests

“When I was diagnosed, my consultant and a nurse were in the room but no smiles. I knew something wasn’t right. They told me the biopsies have come back and that I have prostate cancer. Everything just went blank. Everything he said after I wasn’t taking in properly. I stood up and felt weak.

“I never drank or smoked and in my head there was nothing I could have done better to prevent this. The next day I got up and told myself, ‘I can beat this’.”

The cancer was caught early enough that it hadn’t spread, and he had a significantly better chance of recovery – what’s more, there were several treatment options available. Mike opted for an operation and this was completed at The Clatterbridge Hospital in Wirral – and after eight days he was back on his feet and back to work.

Dr Michael Gregory, Regional Medical Director at NHS England – North West said: “It’s great news that the numbers of people coming for cancer checks has bounced back since the pandemic, and that more men are getting the treatment that they need for prostate cancer.

“Catching any cancer early leads to a better chance of successful treatment, but prostate cancer caught early is one of the most treatable, with a very high survival rate – so those checks, especially if you’re in the higher risk categories or experiencing any of the symptoms, are vital.

“If you’re worried at all, or if you notice changes in how you pee, contact your GP practice as soon as possible.”

Prostate Cancer UK launched its prostate risk checker tool in February, and it has now been used over a million times. It is really easy to assess your own risk developing cancer, and only takes around 30 seconds.