The climate crisis is a health crisis. So agreed the NHS Assembly at our pre COP26 meeting where Dr Nick Watts, who has been appointed to lead the NHS’s charge on net zero, laid out how the health problems caused by climate change are very real and very immediate.

And the facts around the NHS’s own impact on climate change are arresting. The health service emits energy at a staggering rate, with almost 5% of the country’s emissions health related, and around 40% of all public sector emissions. Carbon is everywhere in the NHS – the buildings we work in, the energy we use, the equipment we need, the treatments we prescribe.

It is beholden on the NHS and its’ users to fully engage with the carbon reduction agenda. However, there are good reasons to say that the NHS is facing into its responsibilities, with the NHS England board committing to ambitious and inspiring targets:

These make the NHS the global leader in health system commitments to net zero, and there are some fantastic examples of concrete progress:

The Assembly heard about many other great examples across the country, not least those led by NHS Assembly member Dame Jackie Daniel at Newcastle Hospitals NHS Foundation Trust, the first health organisation in the world to declare a climate emergency.   And these efforts are in addition to the environmental benefits of more care being delivered through remote consultations and monitoring, reducing patient and staff travel to physical healthcare locations.

But while we can feel proud and hopeful about the progress we’re making, the NHS Assembly’s consensus view was that we must stay impatient for change.

Our discussion encouraged all NHS leaders to go further and faster. Consistent governance mechanisms on net zero to be hardwired into every NHS structure. Using the power of social movements to cultivate passion amongst NHS people, challenging inevitability, and giving our NHS people the permission and encouragement to do things differently.

The Assembly also endorsed the very practical tips offered by Imperial College London, from making our voices heard by those in leadership positions, to personal behaviour choices  on diet, transport  and energy use.

The COP26 summit will be a convening moment where the world will be looking at the UK and what we are doing. While the NHS has many good things to report, as Nick Watts told us the key point is not to wait for the perfect intervention to emerge for you to take on net zero. It’s time to “go hard and go everywhere…pick one thing you’re going to wake up tomorrow morning and do.  Then pick the next action on the next day…and keep going”.

The NHS Assembly has reaffirmed its commitment to NHS net zero by 2040, and at this important time, calls on all NHS organisations, leaders and individuals to make their own long term commitment to bring net zero ambition and action into their everyday work. 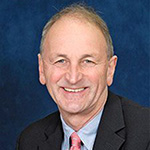 Chris is currently the independent Chair of the of the Coventry and Warwickshire Health and Care Partnership, non-executive director of the Royal Free London NHS Foundation Trust and visiting senior fellow at The King’s Fund. 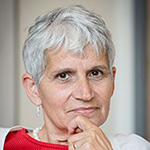 Professor Dame Clare Gerada has more than 35 years experience practising medicine, and has been a driving force behind efforts to provide more wellbeing support for NHS staff. As well as being the first female Chair of the Royal College of General Practitioners (RCGP) in 50 years, Clare has held leadership roles with the Department of Health and is on the Council of the British Medical Association.