For the very first time, every NHS Trust in England now has a green plan in place. That’s 212 NHS Trusts, covering more than 1,000 hospitals and healthcare facilities.

Together, these board-approved plans will save more than 1 million tonnes of carbon over the next three years. That’s the same as taking 520,000 cars off the road.

It’s not just the environmental impact that matters; these plans work to deliver improved patient care and will save lives, while reducing costs and waste.

As the UK marks clean air day, this news is a tangible demonstration of the overwhelming support from all corners of the NHS to tackle both climate change and air pollution at source.

The World Health Organization demonstrated that 99% of the world breathes unhealthy air. Each year, air pollution is responsible for more than 36,000 deaths in the UK. In London alone, a report by Imperial College London found that poor air quality led to more than 1,700 hospital admissions for asthma and serious lung conditions between 2017-2019.

Accounting for around 40% of public sector emissions, and around 3.5% of all road transport, the NHS can make a real difference on a national scale. It also has the power to mobilise its 80,000 suppliers to join in too. That’s why it became the world’s first health service to commit to net zero carbon.

NHS organisations around the country are already turning national ambition into local action through these plans – and patients, staff and the public are experiencing the benefits.

Today, in recognition of clean air day, Great Ormond Street Hospital for Children is turning the main street outside the hospital into a giant playground as part of ‘Play Street’ which is an opportunity to have fun in spaces usually reserved for cars and to celebrate the power of play. As the first trust in London to declare a climate emergency, it’s part of GOSH’s commitment to creating a healthier, sustainable environment for everyone who visits the hospital.

This week, the first fully electric HGV in the NHS – and among the very first in the country – will hit the road in the North West, transporting vital medical supplies between sites. Local communities in Oldham, Bury, Rochdale and Salford are set to benefit from improved air quality and reduced carbon emissions in and around their local hospital sites.

Of course, efficient infrastructure requires investment. The UK Government has recognised the benefits that this can bring for the tax-payer – and this announcement today follows a recent £329 million Government funding injection in hospital energy efficiency and decarbonisation. Helping to bolster green plans across more than 20 hospitals, these funds will see efficiency savings of around £463 million over the next 5 years, while cutting carbon at scale.

I was fortunate enough to visit Manchester University NHS Foundation Trust Hospital recently, to meet some of the staff behind their ambitious green plan. I was humbled by the passion and commitment people like Frank, who works on the adult stroke rehabilitation unit. Frank has poured his heart into creating a greener space that benefits both patients and the environment. I was inspired by the drive and commitment of consultant anaesthetist, Cliff, who is championing greener care at Wythenshawe Hospital because of the benefits it brings his patients. I also met with Claire, head of sustainability at the trust, who has championed a programme that sees Manchester operate an almost fully electric fleet, supported by thriving active travel options.

We already know that nine in 10 staff support a net zero NHS [YouGov, April 2022], because they understand the impact it will have on improving health, now and for future generations. And because greener care simply equals high-quality care.

With the announcement of 212 NHS green plans today, there is no doubt that the NHS has signed, sealed and is on the way to delivering the world’s first net zero health service.

To discover how the NHS is becoming greener and to get involved, please subscribed to our email bulletin. 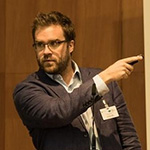 Dr Nick Watts is the Chief Sustainability Officer of the NHS, responsible for its commitment to deliver a world-class net zero emission health service. Based in London, he leads the Greener NHS team across the country, which focuses on improving the health of patients and the public through a robust and accelerated response to climate change and the broader sustainability agenda.

Nick is a medical doctor licensed in Australia and the UK, and has trained population health and public policy. He is a Member by Distinction of the Royal College of Physicians’ Faculty of Public Health, and an Honorary Associate Professor of University College London’s Institute for Global Health.

Prior to the National Health Service, Nick worked internationally as the Executive Director of the Lancet Countdown and the Lancet Commission on Health and Climate Change, a collaboration of UN agencies and academic centres across the world. He has also focused on engaging the health profession on the links between public health and climate change, having founded both the Global Climate and Health Alliance and the UK Health Alliance on Climate Change.