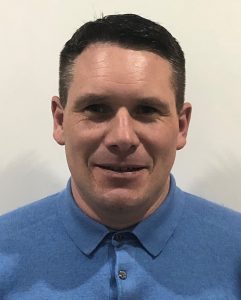 Ben says the beneficial effects of Kaftrio therapy have been significant 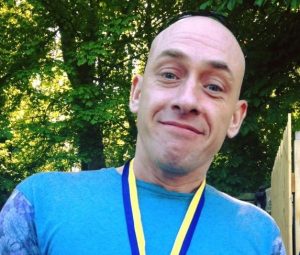 Two West Yorkshire men with cystic fibrosis, a life-limiting genetic disorder that causes the body to produce abnormally thick mucus affecting the lungs, say a drug treatment available to NHS patients has been transformative to their wellbeing, and they can begin to make plans for the future.

Ben, who lives near Pontefract, and Paul, from the Bradford area, have been prescribed Kaftrio, a drug therapy which significantly improves lung function in cystic fibrosis patients (CF), helping them to breathe more easily. Both men say the benefits of Kaftrio have been immediate and significant.

Ben said: “Within 24 hours of beginning treatment I felt different – it was unbelievable. A week later I went to the hospital and my lung function measurement had increased from the mid-70s to the mid-90s. I sounded different, I wasn’t clearing my throat all the time, and I didn’t realise how much I coughed – until I didn’t.

“Another effect was the weight gain,” Ben continued. “It was unbelievable. With CF you never seem to gain weight, but all of a sudden I was gaining weight.” For the first time, climbing stairs at St James hospital in Leeds for chest clinic outpatient appointments didn’t leave him out of breath, he added.

Fellow patient Paul, who had been housebound due to the severity of his CF, also noticed the immediate benefits of Kaftrio.

“Before I started the Kaftrio therapy I was housebound for nearly two years and was very poorly,” Paul, aged 43, said: “My lung function was down to 14% and I was on the transplant list. I went into hospital at the start of my Kaftrio therapy to allow my body to adjust to the medication. Almost  straight away I had a lot more energy, I started putting on weight and I’ve gone from being like a skeleton to ‘fat’ within eight months!

“I used to have intravenous antibiotics which have stopped altogether and am no longer dependant on supplementary oxygen. I don’t cough anymore – it’s been absolutely brilliant,” says Paul who explains he takes Kaftrio in tablet form twice a day.

As well as noticing improvements in their lung function, an improved sense of wellbeing and spending less time at hospital, both Ben and Paul have begun to think about the longer-term implications of their drug therapy.

“To tell the truth, I don’t think I’d be here now if it wasn’t for Kaftrio, I was that bad,” says Paul. “My family are over the moon because it’s been a big change for them, too. They were having to run me to hospital monthly and that’s no longer necessary.”

Ben, who’s 41, agrees: “The outlook for myself and my family has changed completely,” he says. “I’ve started thinking about savings and pensions because it’s changed the whole outlook of someone my age with cystic fibrosis. I never had to think about stuff like that before because life expectancy for someone with CF has always been less than other people and you try to enjoy life as much as you can.

“Like me, my family feel like I’ve won the lottery. We all feel extremely lucky that I’m on the Kaftrio therapy. The sad part is all the other people with CF who’ve lost their lives, but for anyone who is born with the disease now the outlook is so much better than when I was born. With CF, it’s a wonder drug, basically.”

Ben and Paul are in the care of Leeds Regional Adult Cystic Fibrosis Service, part of The Leeds Teaching Hospitals NHS Foundation Trust, which treats patients from across the Yorkshire region. The centre aims to provide excellent specialist care to people with CF to maintain the best possible health and participate as fully as possible in normal activities. Many patients, where possible, receive their care at home with a team of four specialist nurses supporting the service.

He said: “It’s been fantastic, although it was a challenge as we’ve got 400 people with CF in our clinic in Leeds. There’s a bit of counselling that the patient needs and tests to make sure everything’s OK. For the patient, they don’t have to be in hospital, they can come to a clinic. Covid has taught us many things but one of the things it’s taught us is video consultations and the role they can play in the care of patients.”

Kaftrio works by targeting a specific genetic mutation linked with the patient’s cystic fibrosis, Dr Clifton explained. This means in a small number of cases Kaftrio won’t be an appropriate treatment.

Dr Clifton added: “This is something really quite positive. For Ben, Paul and all the other patients it’s something we need to promote, and the clinic here in Leeds has a long history of cystic fibrosis care – we should be proud of that as an organisation.”