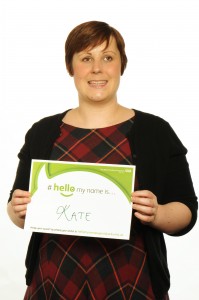 The deadline for entries for the Kate Granger Compassionate Care Awards is now just a month away.

The awards, which will be staged for second successive year at the Health and Innovation Expo 2015, will close to submissions of May 29. So now is the time to make sure you get your entry or nomination in.

Named after Kate Granger, the terminally ill doctor who has worked tirelessly to raise awareness around compassion in the NHS through her #hellomynameis social media campaign, the awards will be made at Expo 2015 in Manchester on September 2 and 3.

Dr Granger said determinedly: “September is a long way off in my world right now…but it is on my Bucket List to present the 2015 awards and I am a determined girl when I put my mind to things!”

She said she is delighted the awards are being run for the second successive year by NHS Employers, adding: “These awards are part of my legacy and I am so proud of them.

“It was incredibly humbling last year reading the amazing entries from all corners of the NHS. I had the unenviable task of choosing winners from the outstanding shortlisted candidates, while I had been in hospital a few weeks beforehand.

“Being a patient has taught me a huge amount about being a doctor. Prioritising compassionate care in its rightful place alongside patient safety, under the umbrella of quality is perhaps one of the most important things I have learned.

“I’m sure we all know someone or a group of people who deserve to be considered for these prestige awards. Time is running out so make sure they are entered for a chance of winning.”

Daniel Mortimer, the Chief Executive of NHS Employers, said: “I’m delighted NHS Employers is supporting the Kate Granger Awards for Compassionate Care for the second year.   Created in 2014 to recognise Kate’s inspiring work in raising awareness of compassion in the NHS, the awards are a great way to recognise and celebrate the work of individuals, teams and organisations delivering outstanding care. “

The judges are looking for an individual, team or organisation that has made a fantastic difference to patient care. In particular, they want evidence of:

It was while undergoing treatment for cancer that Dr Granger started writing about seeing the NHS “through the eyes of a patient”. She launched #hellomynameis campaign to talk about some of her intensely moving experiences.

The campaign reminds health care professionals of the importance of introducing themselves to patients and how a relatively ‘little thing’ can positively affect a patient’s experience of the treatment and care they receive. It is now backed by more than 100 health trusts.