The competition, launched in conjunction with international women’s day in March 2016, attracted 60 applicants from female healthcare scientists who will act as role models to inspire the next generation of female scientists.

The Chief Scientific Officer’s WISE Fellowship Programme is a bespoke 12 month initiative, launched in partnership with WISE – the campaign to promote women in science, technology and engineering.

Following a highly competitive selection process the winners are: 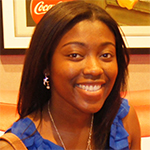 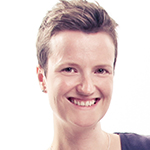 Due to the high quality of applications, an additional one day leadership development opportunity will also be open to all applicants.

The Fellowship includes a career development programme, providing mentoring support, communication and leadership skills training starting in September 2016. In addition to allocated training, activity and network days, the fellows will attend both the WISE and Chief Scientific Officer conferences later in the year.

Professor Sue Hill OBE, Chief Scientific Officer for England, said:  I am proud to announce the first CSO WISE  fellows who now have the opportunity to inspire the next generation of female scientists.  We have been working with WISE to create this unique fellowship scheme and support the aim of getting one million more women working in the UK science, technology, engineering and maths (STEM) workforce. The NHS Constitution makes it clear that a central principle of the health service is that it ‘operates at the limits of science’.”