Tomorrow on World Sickle Cell Day, NHS England will launch a brand new campaign to boost public awareness of the genetic disorder which affects thousands across the UK.

The campaign, dubbed ‘Can you tell it’s sickle cell?’, is aimed at increasing awareness of the key signs and symptoms of sickle cell disorder – which disproportionately affects people from Black African and Caribbean backgrounds – among emergency care staff, carers and the wider public.

A brand new NHS training programme will also help staff better understand the condition, crises, and how to care for patients during their greatest hour of need.

It comes less than a year after the NHS struck a deal to roll out the first sickle cell treatment in 20 years, which will help as many as 5,000 people over three years to have a much better quality of life.

People with the disorder endure severe pain during a ‘sickle cell crisis’ that can occur multiple times per year, often requiring hospital admission so they can be given morphine to control the pain and prevent organ failure which can be fatal.

Symptoms of a crisis include – but are not limited to – severe pain, fever, one-sided paralysis, difficulty walking, sudden vision changes and confusion.

Speaking at NHS ConfedExpo on Wednesday, NHS chief executive Amanda Pritchard reflected on a recent visit to the sickle cell and Thalassaemia service at the Whittington Hospital where they have built personalised community care for patients.

NHS chief executive Amanda Pritchard said: “I heard really powerful stories from patients living with sickle cell disease about their experience of the wider health service, how they have been treated appallingly when they have needed to go to A&E, so much so that they told me they have to think twice and often delay coming forward for care when they need it.

“This brings us back around to tackling health inequalities. One of the patients I spoke to asked: ‘If I was white, would I be treated like this?’ She didn’t trust that the NHS as a whole viewed her as an equal. That has to change.

“I’m determined that we need to make things better for this particular patient group, but this also speaks to how we need to improve experiences for all patients, earn the trust needed to ensure that every individual feels able to seek help when they need it, and feels they will be listened to if they tell us something isn’t right.”

This new campaign comes after the NHS struck a deal last October to roll out a drug called crizanlizumab which is expected to reduce the number of times a sickle cell patient needs to go to A&E by two fifths.

Loury Mooruth, 62, from Walsall became one of the first patients to receive the new treatment earlier this year. The drug is delivered by a transfusion drip and works by binding to a protein in the blood cells to prevent the restriction of blood and oxygen supply that lead to a sickle cell crisis.

NHS England director of health inequalities Dr Bola Owolabi said: “We know that sickle cell disease is a debilitating illness that thousands of people live with, but has historically been poorly understood, which is why the NHS is launching this brand new campaign and asking: ‘can you tell it’s sickle cell?’

“It is vital that we continue to tackle healthcare inequalities head on and this means improving care and experience of NHS services, access to the latest, cutting-edge treatments, and proactively raising awareness of conditions such as sickle cell disorder that disproportionately affect some of our communities.”

Patients with sickle cell can suffer from monthly episodes, making it difficult to continue in their jobs or other everyday activities.

As well as tackling inequalities in areas such as maternity services and mental health provision, the NHS has also overhauled the way it treats sickle cell disease.

There are 10 dedicated sickle cell centres which are supported by 24 specialist teams across the country. Eligible patients will be able to access the new treatment through their consultant at one of the centres regardless of where they live in the country.

Health and Social Care Secretary, Sajid Javid, said: “Sickle cell disorder can have a detrimental impact on people’s lives – it is the fastest growing genetic disorder in the UK and mostly affects people of Black heritage.

“This new campaign will help to raise awareness amongst the public and healthcare professionals to ensure that sickle cell disease patients get the treatment and support they need, when they need it and later this year we will set out further action we are taking to tackle health disparities.

“We urgently need more Black blood donors to come forward as they are more likely to have Ro blood which is vital to treat sickle cell disorder – I urge anyone who is eligible to register to donate. Your support will help save lives”.

“We need to significantly raise awareness of this disorder. Only through increased awareness and education amongst health care professionals, and the general public, will we start to see improvement in patient experiences and ultimately their health outcomes”.

Mary Adeturinmo is a 29-year-old from London who was diagnosed with sickle cell before she was born and has campaigned to raise awareness of the condition for a number of years.

Speaking about the launch of the NHS campaign, she said: “When I suffer a sickle cell crisis, the pain can be in my legs, arms, back, and it’s excruciating – I need immediate help, an ambulance and strong doses of painkillers in order to get my symptoms under control.

“Too often staff aren’t sure how to help, whether that’s the paramedics or nurses and doctors in A&E, and then the level of understanding ranges around the country and it can be difficult to get the right care. I’m so glad that the NHS are launching this campaign and proactively teaching staff what it means to have sickle cell, what symptoms and signs to look out for and most importantly, how to help”. 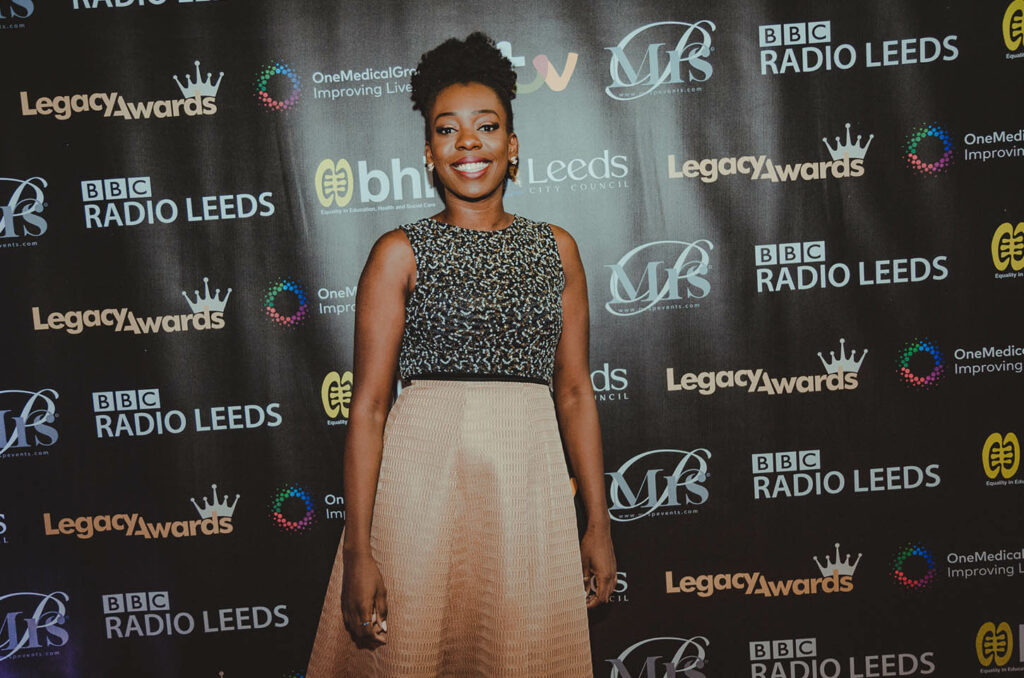