A student nurse devised a child and adolescent mental health project in Carlisle, to help young people discuss mental health issues, without fear of stigma. This has led to raised awareness, positive feedback and an education programme rolled out across local schools.

While volunteering at a youth theatre group in Carlisle, a student nurse was made aware of the very sad case of a member of the group having taken their own life. Following this, the student contributed to an independent review which highlighted to her the unwarranted variation of mental health issues amongst local young people and the role that stigma plays, as a deterrent to seeking help (Born in South Lakeland, 2014).

The review indicated that waiting time to access mental health services was significantly longer in Cumbria than in other areas. Given the evidence that early intervention and prevention is particularly important in affecting outcomes for children and young people and can have a significant positive impact on a person’s prognosis, a change was needed.

This experience, and the identification of a range of unsupported mental health problems in young people, highlighted the need to create new opportunities for them to express their anxieties and help develop emotional resilience, in a safe and secure environment. Similar services were being implemented elsewhere, but were not available locally.

Called the ‘Hot Potato’ project, the initiative also involved co-ordinating the writing of 40 monologues (based on the statistic that someone takes their own life every 40 seconds), to share the young people’s stories – anonymised for confidentially. The project sourced funding from a local charity and the council, who had both supported the audit into this area.

This enabled the monologues to be filmed and a DVD to be distributed to local schools as an educational tool, to encourage wider engagement in saying “it’s ok to talk about mental well-being”. Schools were surveyed on its use and helpfulness. Crucially, school nurses reported that they were now using the DVD to structure their 1:1 sessions with children and young people they were treating and more widely in the classroom context. Teachers reported that it had been used as an ‘icebreaker’ to start conversations and to break down frequently reported barriers.

The majority of the findings of this case study exemplar are qualitative in nature as it is difficult to quantify the specific impact made. There is a strong consensus amongst the CAMHS and community nursing teams that this project has provided a preventative intervention before people reach crisis point, or a need to access mental health services.

It has also encouraged access to services by young people who reported they would not previously have felt confident in seeking support. The numbers accessing care will not fully reflect the success of the intervention despite overwhelming local support and continued roll-out to further cohorts of young people:

Challenges and lessons learnt for implementation

Watch the video about the Hot Potato project

This video shows how the Hot Potato project has helped young people to better access to mental health support services in Cumbria. 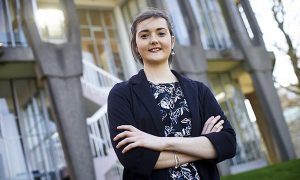