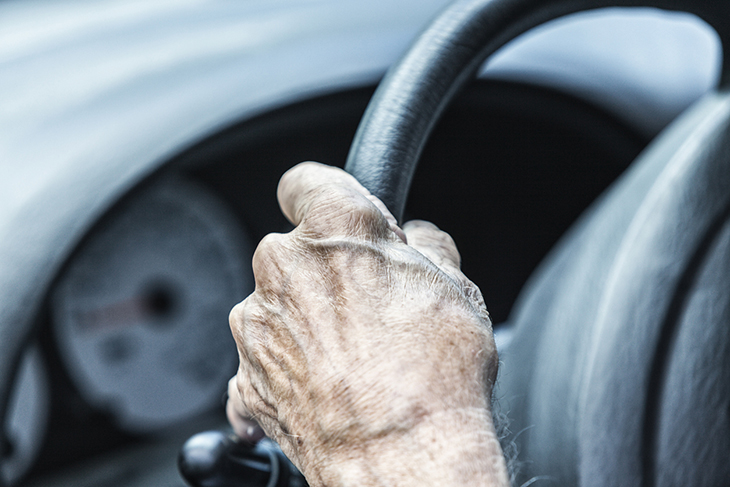 Two leading experts on dementia and memory loss examine the impact that diagnosis can have on people who drive.

One in three people over the age of 75 are still driving and older drivers are generally safer than younger drivers. Many older drivers gradually restrict their driving – familiar routes to the supermarket, relatives and friends are often perceived to be safer, especially if fast roads, bad weather and poor light are avoided.

Surprisingly, accidents are less common at roundabouts, perhaps because older drivers sometimes take routes which avoid them. The manoeuvre that is most likely to result in an older person having an accident is turning right across a stream of oncoming traffic, or at a T junction. Traffic lights help enormously. Over the age of 80, people are more likely to die if they are involved in an accident as they are less resilient in taking the physical and mental shock. This is one reason why insurance premiums sky rocket after the age of 75.

The issue of driving is an area ripe for general comment. Everyone will be familiar with the stories of elderly drivers who press the accelerator instead of the brake and wreak havoc. There are calls for curbs. If public safety was the primary concern, it would be much more effective to restrict driving in young men.

When mild memory difficulties turn into dementia, or if driving seems to be affected by failing faculties, then the DVLA needs to know, and it is the patient who is responsible for telling them. If they won’t, or can’t, then responsibility for notifying the DVLA passes to the doctor. The General Medical Council have clear guidelines.

Being told that you can no longer drive can be a real blow to a person with dementia, their families and carers. As someone put it to one of us recently – ‘The worst thing about being told I had dementia was not the diagnosis. It was being told to stop driving.’

There is a world of difference between making a decision to stop, and being told to stop. Whilst most people know they will have to stop at some point, dementia can make it difficult to recognise when this point has arrived. A crunch point is often when a person with dementia gets lost and returns hours late, or, when they have a bump (thankfully usually minor).  Another common one is when their adult child takes a trip as a passenger and gets a scare. The loss of independence involved can be minor, or may be hugely significant, especially when family cannot help, taxis cannot be afforded, or public transport is not available. An on-road assessment, at one of the Driving Mobility centres can be a good way of getting an objective opinion about whether it is still safe to drive.

Three things are worthy of note. Firstly, whether a person can drive or not is a legal decision not a clinical one. Nevertheless, all practitioners involved in the assessment and care of people with dementia should be assessing the risks, and this should be reviewed at the annual care plan . Many clinicians use the adage that if the son or daughter of a person with dementia is happy for their own kids to go in the car alone with the grandparents, then everything is probably fine.

Secondly, it is a common misbelief that a diagnosis of dementia means the automatic rescinding of a licence. Dr James McKillop, has produced a brilliant guide on the implications of giving up driving and examples of what incidents to look for which may indicate difficulties.

Finally, the decision to stop driving is often one of slow realisation.  Could technology, such as computer touchscreen tests or black box telematics, have a role in informing and nudging the decision?  Like any test, the devil is in the detail. But this is an interesting space to watch – perhaps in the rear view mirror (or more commonly now, the reversing camera!).