Rosamond Roughton, NHS England’s National Director for Commissioning Development, on how a fact-finding mission has reignited her passion for equal access to care for all:

India is often described as a place that bombards all your senses: explosions of colour; mosaics of smiles; a clamour of movement and noise; the mishmash of flamboyant temples from a five thousand year culture sat next to the latest import of junk food from the west… McDonald’s selling McAloo Tikka; and a climate that is hot, wet, dusty, humid, dry – all earthly appetites stimulated and satiated in a single second.

Within the first three hours of arriving as part of the team sponsored through the Health Foundation, I felt that overwhelming bombardment, not from the country itself,

but from all the ideas served up at the start of our tour with the International Partnership for Innovation in Healthcare Delivery (IPIHD). Food for the soul. An injection of hot subtle spices in my thinking about healthcare, about the culture and conditions for innovation, and most of all about the assumptions we carry in England that limit our capacity to be better.

We began with some orientation, and a global focus. The IPIHD is founded by the World Economic Forum, McKinseys and Duke University in North Carolina on the premise that all healthcare systems round the world are constantly grappling with the triangle of cost, access and quality.

IPIHD has identified more than 30 places around the world that are approaching this in different ways, and have categorised this into different types of innovation: from product innovation; to service delivery innovation and integration models.

Ah yes, I thought, I know this triangle. It’s another way of thinking about QIPP. But then we heard from James Matthews, from Web 2.0, and he served us a whole range of ideas and insights to think about in relation to India which really opened my mind to a whole new dimension.

India: population 1.2 billion. The city we were staying in, Bangalore, has a population something akin to the size of the North West.   GDP on healthcare 4 per cent, compared with the UK’s average of around 8 per cent. 70 per cent of the healthcare workforce is in cities; 70 per cent of the population are in rural areas. 12 million people are blind, 80 per cent from treatable conditions. And a huge proportion of the population sink below the poverty line because they cannot afford the bills to keep their family from being ill.

We embarked on visiting four different healthcare providers, in Bangalore and Hyderabad which had tried in different ways to tackle these problems of cost, access and quality. Two large scale groups, one smaller hospital group, and then my own favourite Lifespring Maternity Hospitals.  While every enterprise was different, in scale, scope and business model, I came away with a sense of four common themes.

The first is that reducing cost is a noble mission because only by reducing costs in India can you make healthcare affordable for the millions of people whose lives are blighted otherwise by their ill health.

Time and again on the trip, we heard of the rigorous and relentless way in which the leaders of these organisations sought to reduce costs. At the famous LV Prasad Eye Institute, which has treated hundreds of thousands of patients in the last decade, we heard from one of their leading engineers who described some of their product innovations to reduce cost.

My favourite was the replacement of an expensive electrode (about 100 dollars a unit) with Zari thread, used in the making of saris (around 1 dollar a unit).   Every leadership team knew their supply costs, had parameters designed with their clinical staff, because everyone knew that if they could keep their costs down, maybe they could bring healthcare to one more person.

Secondly, in a market, customer feedback is king. We are beginning to embark on this journey in a much more serious way in the NHS. At Lifespring Maternity Hospitals, aimed at supporting the working poor in low-risk births, in a building which probably would not meet some of our more demanding regulations, everywhere we went we saw the service guarantee – a list of what you could expect from the service.

And beneath it “Text ZERO to SMS 7893851613 if you don’t get the above services.” Instant feedback. And judging by what they told us, instant action. You have to ask, why isn’t this everywhere in the English NHS? It’s simple. I loved their mission: “Deliver babies – smiles, empowerment and profit”. And profit is not a dirty word – it’s a way of attracting the badly needed investment to make healthcare affordable.

This is a provider which performs ten per cent of all heart operations across India, and in the hospital we visited in Bangalore there were over fifty neonatal intensive care beds.   They had looked at every part of the process to identify how they could safely reduce costs, and scale up quickly – an essential part of creating more affordable healthcare.  Their whole IT system across all their hospitals spanning India was on the Cloud. 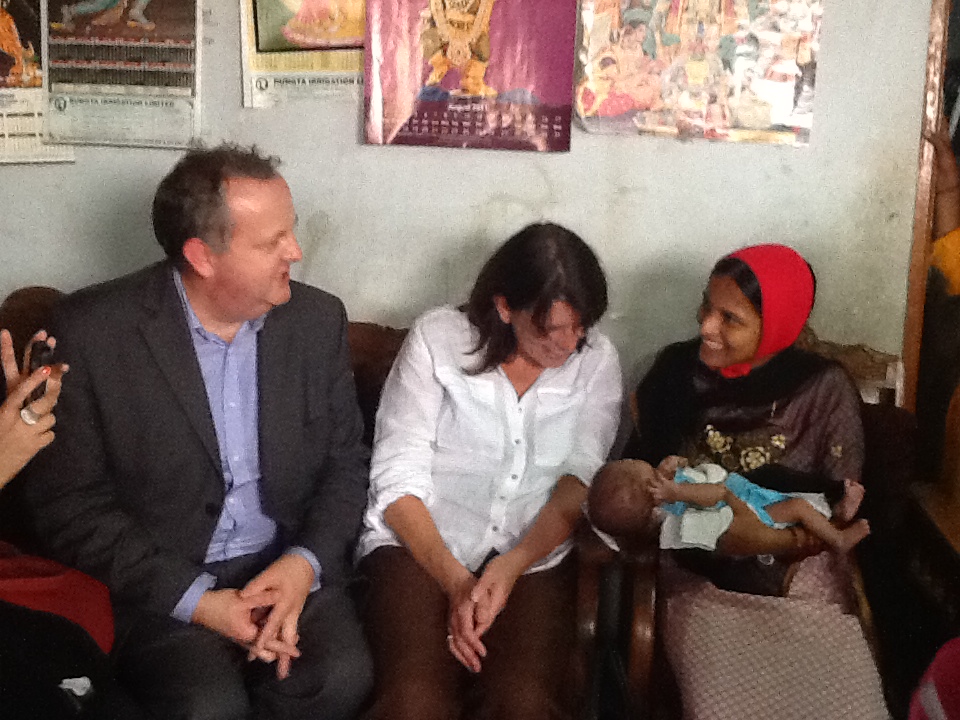 Finally, it takes the community to reach the community. Two of the providers we visited, LV Prasad Eye Institute and Lifespring Maternity Hospitals, recruited, trained and deployed local people to work within their community, allay people’s fears about their health and help them both take care of themselves, and access affordable health care.

LV Prasad called these “vision guardians”, with ten vision guardians feeding into a single vision centre catering for 50,000 people. They go door-to-door and ask people if they have any eye problems, and then identify who might benefit from screening.  As a result, in a country where 12 million people are blind, 80% of which is preventable, LV Prasad are gradually creating “blindness free villages”.

NH Health trained people as “Care Companions”, so that if your relative was having a heart operation, you could have two sessions of training, an exam (and a certificate!) about how to support and care for them when they left hospital. For us, it was a powerful reminder of the untapped resource that sits in ourselves and our families and communities, which we need to be much better at connecting with if we are to tackle the challenges ahead.

Of course, India isn’t England and the context and some of the values are different.  But it brought home to me both the value of what we have in the NHS, with care free at the point of use, and how stuck we are in some of our assumptions about what goes with that great founding principle. We can be too complacent and too blind to both our own strengths and our possibilities. I want to seize some of the best aspects of what I saw and learnt in India – most of all it has reignited my passion for equal access to care – and the sense that if we can relentlessly keep costs down without compromising on quality, we can continue to secure high quality care for all, now and for future generations in England.

Rosamond Roughton is Director of NHS Commissioning at NHS England.