The NHS Parliamentary Awards were established to engage MPs in identifying and highlighting innovative and high-quality care across every constituency in England, and thanking staff for their dedication, hard work and commitment by recognising and honouring their achievements.

Now in their second year, the Awards have seen nearly half of English Members of Parliament nominating an individual or organisation for an award.

Congratulations to our winners this year: from those who have devoted their lives to helping people and supporting some of our most vulnerable, to delivering pioneering lifesaving treatments, the NHS Parliamentary awards rightly honour those who continue to make a huge contribution to our country, through our NHS Long Term Plan.

Thank you to our 2019 supporters, PVC MedAlliance and Biocon, Award Partners, the Premier League, supporting the Excellence in Mental Health Care Award Category, and FUJIFILM, headline sponsor and supporter of the Future NHS Award Category. Their generous support has meant that the Awards have been put on at no cost to the NHS.

The Excellence in Mental Health Care Award, Sponsored by the Premier League 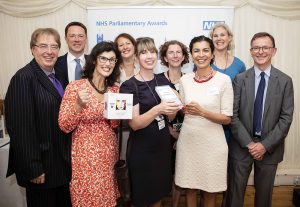 Oxfordshire Mental Health Partnership (OMPH) have created a number of schemes which are benefitting the lives of people living with mental ill health. These include Oxford Safe Haven which offers out of hours crisis support, walking for well-being which offers physical activity, help with employment for people who have experience psychosis and advice on benefits.

The Excellence in Health Care Award 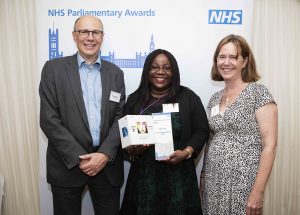 Olutayo Arikawe has taken pharmacy care out into her community promoting health in local pubs, supermarkets, town centres, colleges and libraries ensuring it reaches the people that need it the most, in one for the most deprived areas in Dudley. Action includes raising awareness of the signs of cancer such as skin, pancreatic and cervical, taking health checks to people in their workplace such as cholesterol, glucose and blood pressure as well as better alcohol awareness.

The Excellence in Urgent and Emergency Care Award 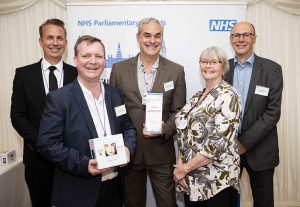 By building relationships with patients, hospital staff, housing, social care and other partnership organisations Dr Peter Buchman and his team have worked to improve access to care for homeless people. The work is now being replicated across ten hospitals in the UK.

The Excellence in Primary Care Award 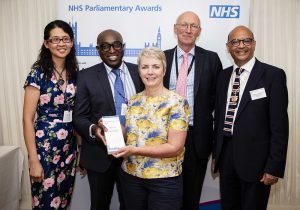 The leading pharmacist has supported a number of pioneering schemes to support the health of people in the local area including the annual men’s health campaign known as the ‘Bemmy challenge’ with pubs, barbers and tattoo parlours and ‘pulse in the pub’ blood pressure checks.

RESTORE2 (Recognise Early Soft-Signs, Take Observations, Respond, Escalate) is a tool that has been designed to recognise the physical deterioration including sepsis of people in nursing or care homes ensuring they get the right care. 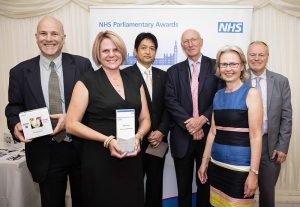 The pioneering treatment, which was traditional used to treat cancers such as leukaemia and lymphoma, has had a life-changing impact on a number of patients who had previously failed to respond to standard therapies, with some now able to walk, run and even dance as a result of being involved in the trial. The team are now part of international efforts to examine the long-term benefits of the treatment.

The Volunteer of the Year Award 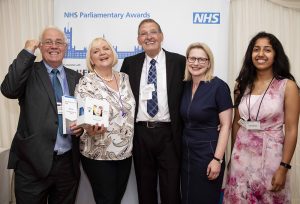 Volunteers have sat with 312 patients who are dying over the past year alone offering comfort and allowing them to dies with dignity. The efforts of the army of volunteers has also helped save more than 600 hours of nursing time.

The Care and Compassion Award 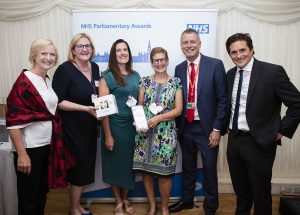 Kate has been key to improving the recovery of survivors of critical illness at the hospital. Every year around 170,000 people will be admitted to intensive care in the UK with three-quarters suffering from some form of physical or mental trauma following their experience. Working at one of the busiest critical care unit in the country Kate has been instrumental in improving patient experience including introducing animal therapy by way of Hovis the Labradoodle and a ‘Rehab garden’ actively involving patients and their loved ones on their road to recovery. 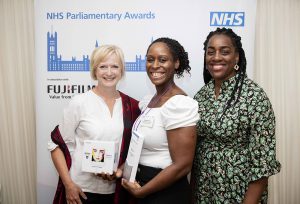 Midwife Chantal Palmer has worked to ensure vulnerable mothers get the care and support they need in pregnancy and during birth so that their babies get the very best start in life. As a result of her work more women are being seen earlier on in their pregnancy at 11 weeks compared to accessing services in the final stages of their pregnancy meaning they get access to support to quit substance abuse much sooner. 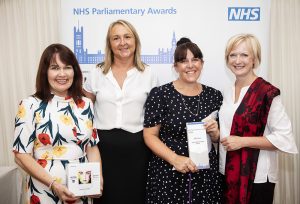 Working with Hertfordshire police to gain the trust of vulnerable women, nurses have participated in a total of eight covert operations linked to sex trafficking from other European countries to the UK that have resulted in 40 women receiving safe and well checks to date. The safeguarding team have provided advice on domestic violence, victim support and rape crisis charities, as well as how to access sexual health support and A&E. Vulnerable women were also given mini physicals and supplied with condoms and pregnancy tests. 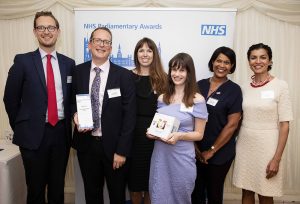 North Bristol NHS Trust lives by the mantra “Your health is as important as our patients” and offers a number of activities to support staff well-being including sleep and mindfulness support, 24/7 confidential services and training for nearly 200 members of staff in mental health awareness. 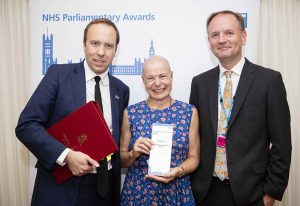 Pamela has been instrumental in the development of the Homeless Healthcare Team and is recognised as a national leader in the field of homelessness. Her long career has included notably the Alcohol Day Detoxification Project and the Breathing Space Project, enabling safe and supported discharge of homeless patients. Most recently she has been involved in providing healthcare to Syrian refugees who have been offered asylum in the UK.