NHS England’s Head of Public Voice introduces the next stage of NHS Citizen:

There have been a few delays – as described in Tim Kelsey’s blog post here – but we are really pleased to announce the start of the next stage of NHS Citizen.

NHS England has supported the development of NHS Citizen to establish a way for citizens to play a more active role in NHS England’s decision making in the future.

Right now you can join NHS Citizen Gather and start talking to other citizens about how the NHS in England can improve and how everyone can contribute to making those improvements happen.

This is the start of the first full NHS Citizen process, which will lead to the next NHS Citizen Assembly later in the year.

The Assembly will bring together the public and senior leaders and decision makers from the NHS to discuss five of the issues that have been taken from NHS Citizen Gather conversations.

Everyone who joins in with the NHS Citizen Gather can:

People can contribute to Gather until the September 11th. A Citizens’ Jury will then choose five issues to go to an NHS Citizen Assembly meeting in November 2015 to be discussed by citizens and the most senior NHS leaders.

To get more detail of how you can be a part of the Gather, visit the NHS Citizen website . But there are plenty of ways to get involved, including:

Last year we ran a test of the NHS Citizen Gather and Assembly processes which led to five issues being discussed by the board of NHS England and citizens. You can see all the Gather discussions from last year with their responses. And you can also find out what happened to the five issues discussed at the test Assembly Meeting in September 2014. 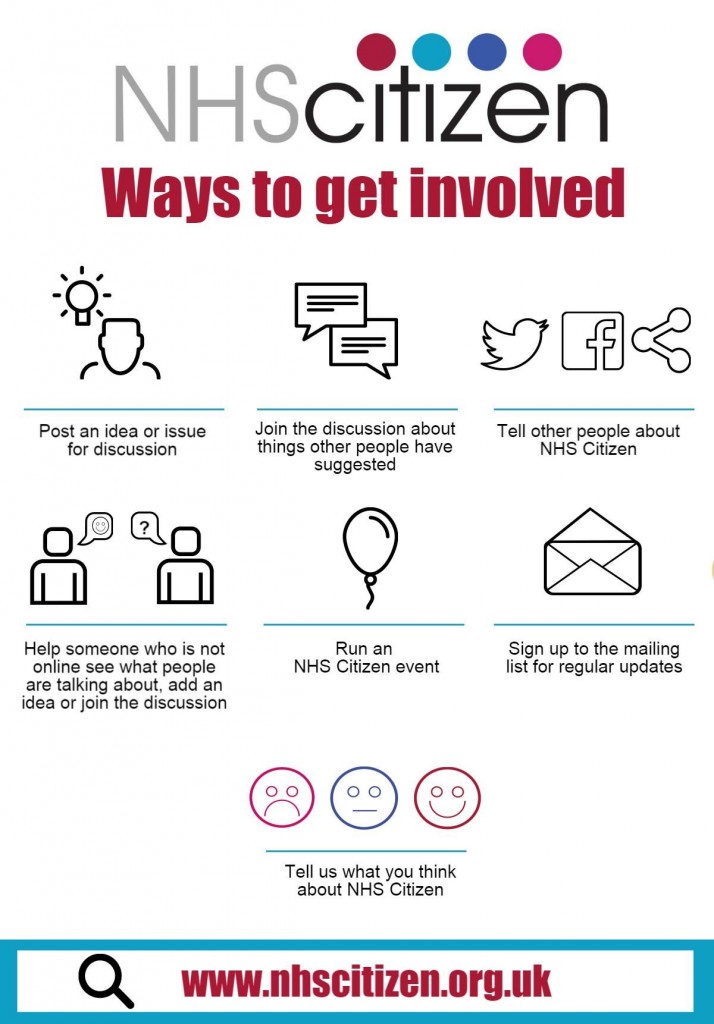 Olivia Butterworth is Head of Public Participation for NHS England and NHS Improvement.

She ensures the NHS works with citizens and communities to have a voice that influences the development, design and delivery of our health and care services.
Olivia is the national lead for the People and Communities workstream of the Primary Care Networks programme and was named in the HSJs Top 50 Innovators and the Top 50 Integrators in 2014. In 2018 she was named as one of the Top 70 NHS Stars.

She has a background in Community Development and education with a passion for empowering people to be their own change.

Olivia has worked with a wide and diverse range of voluntary sector organisations, both in paid and voluntary roles, providing support with organisational development, developing services, engagement, involvement and fundraising. Olivia is very proud to be a Trustee of Manchester based LGBT Foundation and a Non-Executive Director of Local Care Direct.