These are just a few of my personal reflections from two days at the Health and Care Innovation Expo 2014 – apologies if I go on a bit it’s because the richness and depth of the experience was so powerful for me. In previous years the suited and booted ‘cognoscenti’ have gathered and convened to show each other how great their ideas and solutions are. This year we wanted it to be different – we wanted to live the values we espouse of ‘putting patients at the heart of everything we do’.

What did we try to do? 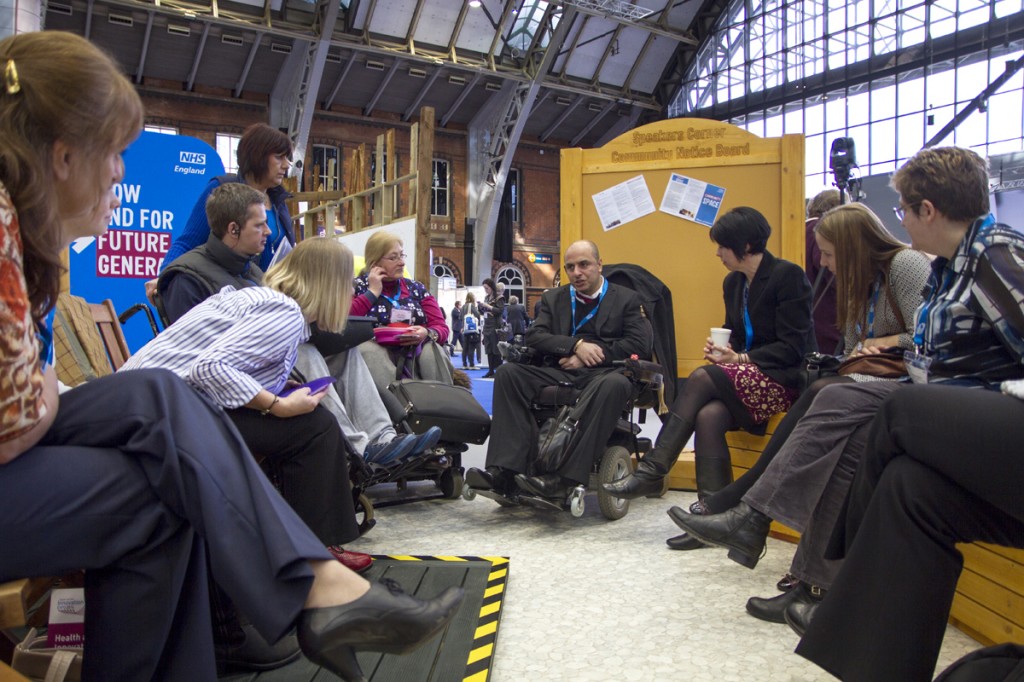 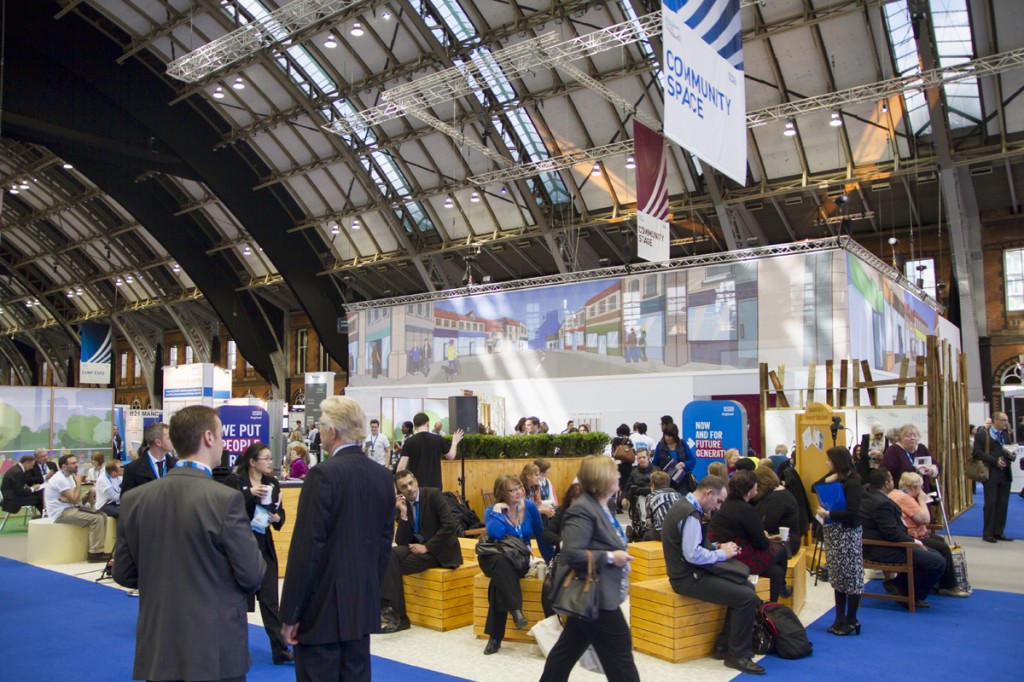 “People with learning disabilities felt empowered, included and respected and we all really LOVE working with all of you! Thank you so much for giving us the opportunity to be involved in such a real non tokenistic way.”
Change People, Leeds

What did we do?

We had loads happening all of which combined, I felt, gave the citizen participation a real depth and genuineness that I haven’t really felt at any other conference of this ilk.

All of these elements contributed to the #NHSCitizen conversations – encouraging people to share what’s important to them, what are the issues they want to develop and how do they see them being addressed. The community space was used throughout the two days to open up conversations and encourage people to identify the issues and ideas of most concern to them – the gather space.

A Community Stage session was used to ‘launch’ the story so far. We tried to construct a session that engaged people with NHS Citizen as a ‘work in progress’ that was still malleable and in formation. I was interested that lots of people have leapt to the solution of an ‘organisation’ with a ‘committee’ and a ‘chair’ – very traditional, 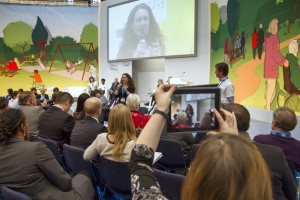 organised and ‘safe’ responses that help us to make sense of an extremely difficult concept. I don’t believe that NHS Citizen should be this – I think it has to be a far more powerful form of association – a social network of networks that mobilises people and allows for a connected dialogue in the round rather than assigning powerful roles to worthy individuals.

Collective conversations: the power of listening to each other across diverse and often never heard communities – we talk a lot to many different groups and communities. We talk to young people, older people, people from minority communities etc… etc…. Rarely do we all talk, listen and hear together

Preaching to the converted: I don’t think we really connected with the ‘mainstream’. For all the profile and visibility in the presence of ‘people’ and the centrality of the community space I don’t think we managed to draw in the sceptics or the unconvinced. We need to work harder to really connect with a wider range of clinicians and NHS Staff to connect our approach with their world in a way that they feel is useful and adds value to their work.

The Community Space was a hive of activity. It was messy and chaotic. It might have appeared a bit disorganised and was probably quite intimidating for those not involved. It was centred around people, conversations and the issues that mattered to them. We weren’t trying to sell a product but we were trying to tell stories and share experiences. It was about people’s lives and people’s lives can be a bit messy!

Depth of conversation, speaking truth to power: the test Assembly meeting drew a diverse and fascinating crowd. The size of the crowd was fantastic but it also then limited the contributions people could make. Tim, Victor and Ciaran really connected with the conversation in an open and genuine way. I felt some difference between the Executive and the Non-Executive responses. The Executive response heard the truth as spoken but leaned more to responding with (I generalise) ‘this is what we’ve already done’ and more standard corporate lines. Whereas, the non-executive responses were more open and exploratory with less corporate and more personal ownership in their answers. 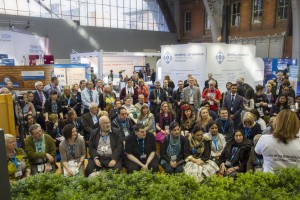 Talking in the round participants really connected with one another as well as with the Board members. There was a buzz and an energy as ideas developed and were built upon being endorsed and recognised by those in powerful positions. This was concluded with the strong commitments made by each Tim, Victor and Ciaran to take action as a result of the issues and ideas raised.

Our next challenge is to really engage the wider membership of the whole Board with the next Assembly – hopefully at the AGM in September 2014.

For more information and to keep in touch visit NHS Citizen.

“As a carer I often feel invisible and unimportant. I am extremely grateful for everything the NHS does for my son (who has Cystic Fibrosis), but that makes me feel I shouldn’t ‘rock the boat’.
Going to the Expo made me realise I can and should rock the boat to help strengthen and improve the NHS.”

Olivia Butterworth is Head of Public Participation for NHS England and NHS Improvement.

She ensures the NHS works with citizens and communities to have a voice that influences the development, design and delivery of our health and care services.
Olivia is the national lead for the People and Communities workstream of the Primary Care Networks programme and was named in the HSJs Top 50 Innovators and the Top 50 Integrators in 2014. In 2018 she was named as one of the Top 70 NHS Stars.

She has a background in Community Development and education with a passion for empowering people to be their own change.

Olivia has worked with a wide and diverse range of voluntary sector organisations, both in paid and voluntary roles, providing support with organisational development, developing services, engagement, involvement and fundraising. Olivia is very proud to be a Trustee of Manchester based LGBT Foundation and a Non-Executive Director of Local Care Direct.