The letters ‘NHS’ and the NHS logo are protected by law. They are UK trade marks owned by the Secretary of State for Health and Social Care and may not be produced without permission.

In addition, the Secretary of State owns the copyright in the NHS logo and reproduction without permission is similarly prohibited.

The term “NHS” is also protected by the Company, Limited Liability Partnership and Business Names (Sensitive Words and Expressions) Regulations 2014 and no company can be incorporated with the letters without the express permission of the Department of Health and Social Care.

View examples of how Trusts can use the NHS Identity on their NHS private healthcare services.

View guidance on how Trusts can use the NHS Identity on income generation activities.

Third party providers must apply the NHS Identity to information relating to the NHS services they provide, and to signpost patients and the public to those services. However, they cannot use the NHS Identity on their own organisation’s corporate marketing, communications and promotional activity.

Primary care contractors (GPs, dentists, opticians and pharmacies) are not contractually required to use the NHS primary care logo, but they are encouraged to do so to raise awareness of the NHS services they provide and to signpost patients and the public to them. The exception is pharmacies, which are required to include the NHS logo in their practice leaflets.

Primary care contractors cannot use the NHS primary care logo to cross sell or up sell the other private i.e. non-NHS funded, products and services they provide.

Contractors who are commissioned under a primary care contract should follow the guidelines for how to apply the primary care logo.

Contractors commissioned under the NHS Standard Contract should follow the guidelines for third party providers of NHS services.

The criteria for deciding whether to include the NHS logo on a campaign will include the appropriateness of the subject matter and whether the campaign supports the principles and values underpinning the NHS Identity.

View examples for campaigns and FAQs on advertising and sponsorship.

Suppliers of staff identification items and other NHS-branded wares

Printers and other suppliers of NHS branded items such as identity badges, lanyards, and embroidered clothing and stationery items, have standing permission to use the NHS logo on such items, but need to comply with all the criteria set out in the guidelines.

Use of the NHS letters only

Only a very limited number of non-NHS organisations are permitted to use the NHS letters as part of their corporate identity, strapline, or as part of the name or logo of a particular initiative. A range of factors will be looked at when considering applications. These will vary depending on the nature of the organisation, but the factors considered include:

In future, if a non-NHS organisation applies, and is given permission, to use the NHS letters in their name, they will not be allowed to follow the same naming structure as NHS organisations. This is so they don’t give the impression they are part of the NHS itself. Specifically, they couldn’t use the NHS letters as a prefix in their name (e.g. NHS Training), but they could potentially be permitted to use them in a suffix (e.g. Training for the NHS).

To request permission to use the NHS letters in your name, strapline or initiative please visit the contact us page.

To see visuals of how to apply these guidelines visit the ‘Identity examples’ pages. 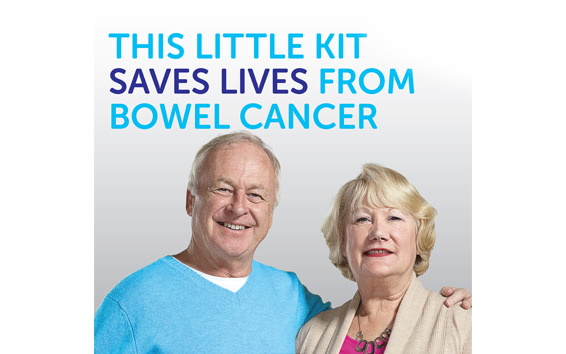 The NHS Identity on health campaigns

See how to correctly apply the NHS logo on national and local health campaigns, where the NHS is leading on the campaign or working in partnership.

“The NHS logo brings with it the years of experience, reliability and free healthcare."